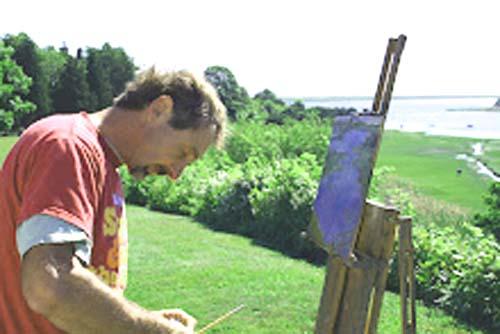 David Smith, born 1950, studied art as an undergraduate at Goddard College in Plainfield, VT.  He also studied ceramics, painting and book illustration in Goddard's Adult Degree Program.  He has worked with children making public art, has taught painting and has been a scenic designer, painter and graphic designer in Philadelphia and New York City.  He is currently an exhibiting artist in Vermont, where he has lived since 1974, and also an architectural and woodworking designer and builder.  His artwork has been used on CD covers, book covers and publications, television production sets and can be found in public and private collections across the United States and Europe.

The Art of Lake Champlain, Verve 2009